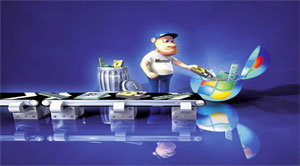 FREMONT, CA: In a recent interview software giant, Microsoft announced that it will take over the full authority of processing its newly released updates, while continuing to stick to the inputs from wireless carriers and Windows Insiders.

The company is executing its software updates, testing operations in association with several mobile operators, while keeping all the carriers in the loop Feedback from members of the Windows Insider Program and wireless carriers will further help to fine-tune the updates before unveiling them for general public use. However, the primary focus of Microsoft will remain in providing users with security patches and new features in a timely manner.

This development is set in contrast with the Android’s gloomy outline which is currently hit with major setback regarding the installation of new updates. For Android, whenever Google releases a new OS update, the gadget makers test the same with each of the device model. The mobile carrier then conduct their own testing before reaching out to market, this gigantic process forces the Android users to wait weeks and months before the arrival of new update.

But now Microsoft will overcome such scenarios with utmost ease, by projecting the free Windows Insider program that helps users with early release of new Windows update. It further works on the enhancement of Windows 10 based upon the comments, suggestions and feedbacks of the members.

In another instance, Microsoft announces that 10565 tool will be backed by a new Windows 10 Insider Preview; and help the program users to take advantages of several new functionalities that includes new calling and messaging integration with Skype, extending patent-pending Cortana services to better understand one’s inked notes, and also Edge browser with syncing feature for users to preview the content of other opened tabs without fully opening it. The Skype calling, messaging and video capabilities is well prior compatible with Windows 10 through the Phone, Messaging and Skype video universal apps. Additional features include the “Quick Reply” notifications from Action Center.

Hubsai Announces The Appointment Of Three New Board Members