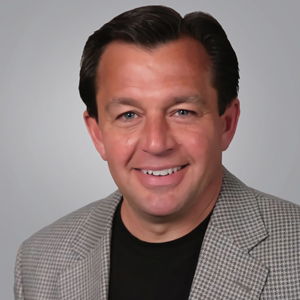 Scott G. Silk, CEO and Chairman
On March 13, 2020, the country and most of the world went into lockdown. Scott G. Silk, Chairman, and CEO of digital transformation specialists Astadia, vividly remembers the moment as he was heading to a client dinner when he heard the announcement. As he walked, Silk realized that the way Astadia (or any other tech company) operated was not sustainable in the current international climate. Until that moment, Astadia had helped clients migrate from legacy mainframe systems to the cloud using direct, in-person meetings and consultations. Then, a couple of weeks into the first lockdown, Silk revamped its ops to work 100 percent remotely.

Without skipping a beat, Astadia oversaw a vast number of mainframe migration projects, as the need for digitization accelerated by the global pandemic came on top on another major trend in the market: the Baby Boomer retiring crisis. In the mainframe modernization space where Astadia operates this equals an entire generation of IT specialists exiting the workforce.

One major project that Astadia undertook was the modernization of the United States Air Force (USAF) mainframe, a mission-critical system that serves over 260,000 users in support of global warfighting capabilities. The system was among the Federal Government’s top 10 most critical legacy systems in need of modernization facing escalating system costs, aging hardware, potential security vulnerabilities, and a lack of qualified personnel to provide long-term support for these legacy technologies. Astadia was called in to push the USAF into the 21st century and replatform their mainframe system to the cloud, preserving existing investments in the system while modernizing and preparing the way for digital transformation. The client selected Microsoft Azure as their platform for the future because of its scalability and performance, advanced disaster recovery and failover capabilities, and globally distributed architecture. The modernization effort was an especially complex, high-profile project, and Astadia worked with military IT staff as a unified team, alongside Microsoft and Micro Focus Government Solutions, to migrate USAF’s most complex Unisys 2200 COBOL application to the cloud while making minimal changes to the application’s source code. In addition, the system’s legacy Unisys DMS data was moved to AzureSQL, without requiring substantial changes to the legacy code. With their client-centric and nimble approach to the transformation effort, Astadia completed the migration successfully, and the project won the Armed Forces Communications and Electronics Association’s (AFCEA) Distinguished Award for Excellence in Engineering in December 2021.

According to Silk, there are three factors that establish Astadia’s uniqueness in the marketplace. The first one is their specialized focus on mainframes. Secondly, the company has highly capable consultants, each with an average of 26 years of mainframe experience. This is vitally important as about 85% of the skills and knowledge required to migrate to the cloud are mainframe-centric. Lastly, the company prides itself on the software factory model that is highly automated. “We can move people from COBOL to Java and C# faster than anybody in the industry because of our highly automated and scalable FastTrack Factory, a software platform that can accelerate and standardize a successful mainframe migration project,” says Silk, CEO, and Chairman, Astadia.

With mainframe experts nearing their retirement age, organizations are looking to reduce their dependence on mainframe systems, and companies like Astadia have become a crucial part of that endeavor. Astadia’s vast experience and expertise have thus made them the partner of choice for both clients and Microsoft.

We can move people from COBOL to Java and C# faster than anybody in the industry because of our highly automated and scalable software platform.

“We have a documented customer success rate of 97 percent against the industry success rate from mainframe to cloud migrations of 24 percent,” says Silk.

The company provides two main mainframe migration solutions: rehosting, a more serviced-led approach that companies often pursue to move from older COBOL to more modern COBOL; the other approach, more software-led, is refactoring, that allows organization to move from COBOL to more modern programing languages like Java or C#. Astadia has developed software tools to help with either scenario for organizations of all shapes and sizes. 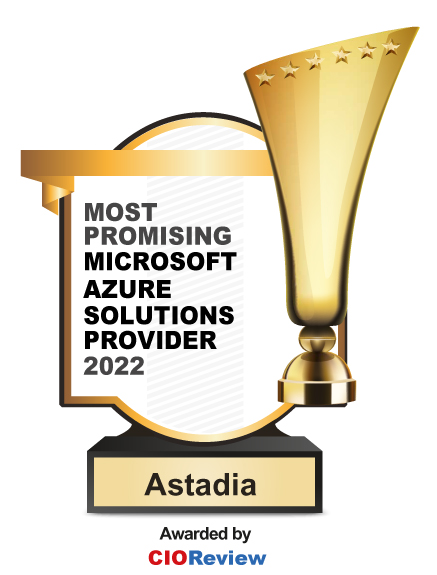 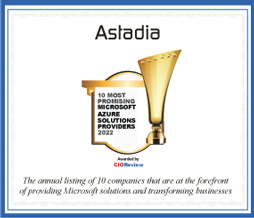