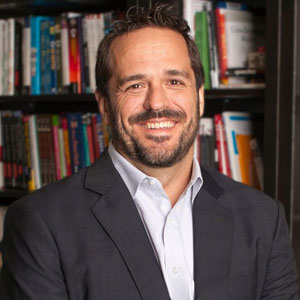 Consider any “Top 10” list of IT priorities and it's hard to deny that the CIO’s axiom today is "agility." Between day-to-day efforts of system and organizational maintenance, application innovation and the “digital business revolution,” the challenges facing IT have implications on how the organization is structured and funded in the future. In the metaphoric prizefight that is revolutionizing IT, for CIOs to reclaim technological and knowledge leadership in the enterprise, they must enable their organizations to be light on their feet and land timely knockout punches.

“For the savvy CIO, the new .NET is emerging to be a powerful champion for the IT organization fighting to revolutionize itself and its role”

Today, CIOs need to focus these knockouts in the area of digitalization. Cloud and mobile applications are at the heart of business initiatives and are eliciting an outside-in look at how IT delivers products and services. The business-first, digital-first mindset implicates IT right now and, therefore, isolating the best tools for each job is critical to having credibility in the foundational aspects of these initiatives.

As the CEO of a custom application development business, our expertise in .NET ensures that we are able to address our clients’ business needs – and Microsoft’s framework often provides us the best opportunities to help IT executives illustrate leadership by deploying impactful “wins”. Specifically, .NET allows us to offer applications that work seamlessly with our clients’ existing Microsoft technology, securely, and quickly. In addition, C# is a prevalent language embraced by a collective of skilled coders that are a part of a massive .NET development community.

Endorsed but not perfect.

In the past, though, the framework had two major weaknesses. The first: until recently, .NET required the use of only Microsoft technologies – from the server to applications to every layer in between. This put many IT leaders in an uncomfortable situation of looking at a future tied to a single vendor’s toolset, restrained by the support and imagination of a singular platform.

And, after almost a decade and a half of availability, it became clear the .NET platform and associated tools was starting to fall behind – it just wasn’t rationalized to serve the needs of developers building the next generation of cloud and mobile applications. This meant that CIOs road mapping future applications potentially faced a dual choice; one of .NET for desktop applications, and another framework for cloud and mobile, versus moving away from the proven .NET framework entirely.

The good news is that Microsoft has a long history of listening to its constituents and delivering an improved product. Consider these examples that I don’t think Microsoft would deny: .NET / C# itself was a response to Java in the first place; Silverlight a response to Flash; and ASP.NET MVC is a take on Ruby on Rails. In these (and more) examples it is clear that Microsoft recognized the requirement of those tools and, as a result, they specifically designed options for use on their own platform.

The New .NET: A New Opportunity

Perhaps then, what .NET has become should not be so unanticipated. Earlier this year, it released the .NET Framework 4.6 which was open source, multi OS, and, with its included .NET Core, cloud optimized. This new release meant that those developing on .NET could now do so in Windows, Mac and Linux environments and more easily for cloud-based applications.

For an IT organization creating applications for the business that may be deployed on desktops and mobile phones – say, for a sales team, field operations or telecommuters – this made “the digital revolution” real. It was exactly the kind of service that the business was looking for, that IT wanted to deliver, and now .NET was set up to facilitate it. Additionally, The Unified Windows Platform (UWP) initiative, introduced with Windows 10—business application developers can reduce their total cost of application ownership by using .NET technologies, and still meet their end users’ growing expectations to have all their productivity tools available to them on all of their devices.

This year has seen a nearly relentless flood of innovation for the .NET platform. Microsoft is evolving it more rapidly than ever. This is pushing trends very quickly and Headspring has had to capitalize on them in order to serve clients less able or agile to embrace. As result, two major trends are proving to be most important.

Getting to Go Faster

The first trend is an exciting one, especially for those IT organizations with defined business requirements but not enough resources to build out the projects traditionally. Microsoft has developed new “programming as a service” capabilities that serve up tools, templates and managed services that IT can use to create new applications faster.

For example: Microsoft’s Azure collection of cloud services, encompassing analytics, computing, database, mobile, networking, storage and web. This puts higher-level programming constructs in IT's hands, making it possible to provide compelling solutions to the business built from tested and proven high-quality components faster, and at a lower price point than anyone thought possible a few years ago.

The second trend is what appears to be Microsoft’s approach to driving .NET adoption further into what were presumably IT organizations opposed to Microsoft’s former “all or nothing” position. Microsoft is inviting other programming models, like node.js, and devops tools, such as Puppet, Chef and Docker, into its core ecosystem. Further, it is increasingly open-sourcing core components, libraries and tools.

The Cautious CIO’s Concerns over Novelty

Smart CIOs jump on innovation to help their organizations further the business’s goals (and in so doing, IT’s) – but they do it circumspectly. Rightfully so: the baubles of innovation have burned cunning executives before and, for the sake of job and business security, it is often better to be safe than sorry.

So, it’s important to point out another advantage to this new era of .NET—while an IT organization retains authority on legacy systems, the lessons learned while modernizing them can serve this new digital focus. For the cautious CIO, this strategy will ward off appearances that IT is not adept to tackling business interests primarily because it will help IT in managing the risks of over-adopting the various services now available.

Perhaps more importantly, such a strategy will also ensure that new systems embrace rigorous IT governance learned through complex systems. It means one will not need to trade inertia for the instability of being spread too thin over too great a breadth of new services and applications. System redesigns can take advantage of new capabilities without impacting the performance of important legacy systems on familiar platform.

Now, more than ever, CIOs must be able to demonstrate their innovation, and their organization's readiness to support the business. With resources scarce and budgets tight, the right tool can make all the difference as IT fights to show just how much of an advocate they really are for the enterprise. For the savvy CIO, the new .NET is emerging to be a powerful champion for the IT organization fighting to revolutionize itself and its role.

The Need For Data Integration And Apis In Today’s Benefits...

How To Implement A Successful Data Strategy: A Success Story

Model Implementation: On The Psychology Of Large-Scale Technical...