The New Face Of Disaster Recovery In A Cloud-Enabled Environment

The New Face Of Disaster Recovery In A Cloud-Enabled Environment 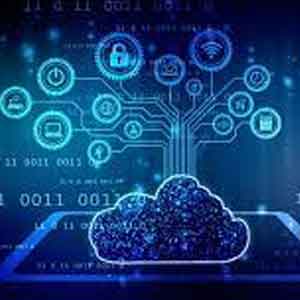 The advancement of Cloud technologies and cloud-native design patterns has significantly altered the Information Technology (IT) landscape, however one would argue that no area of IT has been more influenced by Cloud than Disaster Recovery (DR) and the emergence of DRaaS (disaster recovery as a service).

So, in what ways has Cloud influenced DR? Provided below we will dive into this in more detail by reviewing it through the prism of the three (3) primary public cloud providers, those being Amazon Web Services (AWS), Microsoft Azure, and Google Cloud Platform (GCP).

For those companies willing to make the plunge into public cloud adoption (specifically AWS, Azure, and/or GCP (Google Cloud)) there are a number of CSP (cloud service provider) specific services available to help improve an organization’s recovery posture while doing so in a more cost-effectivemanner.

• AWS –Back in January of 2019 AWS announced the acquisition of the Israeli start-up CloudEndure. Prior to its acquisition, CloudEndure was an AWS Advanced Technology Partnerwith both disaster recovery and backup-as-a-service capabilities for AWS, Azure and GCP clouds alike. AWS has since integrated CloudEndure as part of its core platform services thereby enabling customers who are either migrating to AWS, leveraging AWS in a hybrid cloud model, and/or supporting a multi-region cloud estate to have access to a managed service for backup and recoveryneeds. CloudEndure enables this using secureprotocols for data transport and ongoing synchronization.

The CloudEndure service also offers means by which to keep traditional cold site (or in this case region) costs down by not requiring parity between the two from a compute perspective. In essence you pay for the data storage in your secondary site and should the time come to leverage the site/region, automated runbooks created within the CloudEndure platform can be used to spin-up the required EC2 compute to support the fail-over effort(s).

• Azure –Microsoft customers interested in and/or currently leveraging Azure have use of the ASR (Azure Site Recovery) managed service which was created in-house at Microsoft but really began to take form after the June 2014 acquisition and later integration of InMage. InMage was a US/ India based company specializing in the continuous data protection space through their Scout service. Similar to CloudEndure, ASR checks all the requisite boxes for a complete backup and recovery-as-a-service solution chief among those being:

o Health Monitoring for replication, failover and failback with events and notifications

NOTE:Azure Migrate is a similarly-aligned service to ASR, however it is focused exclusively as a cloud migration tool and is not intended for ongoing recovery and backup.

• GCP –Google unlike AWS and Azure, does not provide a formal DRaaS offering native to the platform. However,Google does providecomprehensive documentation on how to approach DR in GCPby explaining the key building blocks needed (e.g. use of GCP’s Deployment Manager, use of Terraform/ Ansible/Chef for automation,as well as recommendations related to 3rd party partners).

For more complex hybrid (public/ private) and/or multi cloud (use of multiple CSPs) use cases, there are a number of 3rd party solutions in the DR-as-a-S space.

Each of the above mentioned 3rd party solutions behave similarly to the CSP specific solutions we touched upon earlier albeit with the option to leverage not only to a specific cloud (e.g. Azure) across cloud providers (e.g. AWS, GCP). This allows for a level of flexibility for those who may need to move certain on-premise workloads to a given CSP based on supportability and/or function.

For organizations that host workloads that support public cloud but however be it for compliance and/or physical infrastructure requirement dependencies cannot persist entirely in cloud. There are a number of solutions to help solve for this situation based upon your hardware support needs.

In effect what these solutions provide is a means to administer their systems on-premise and in the cloud from a single management plane. As well as provide the ability to shift workloads hosted within them as needed between on-premise and cloud without fear of having to re-platform/re-engineer in order to do so.

In conclusion the overall maturity for back-up and recovery in the cloud has grown exponentially and has to a large extent become table stakes where it is now becoming difficult to judge one solution from the other unless there is an underlying infrastructure platform dependency that requires it.Cloud in general provides a great option for infrastructure and operations leaders who want to cost-effectively improve IT resilience while being mindful of potential resource deficiencies.

How Cloud and AI Are Driving Forward Customer Engagement and Service...

For a Smarter City: Trust the Data, Ignore the Hype

Your website is the face of your company and is the most important...