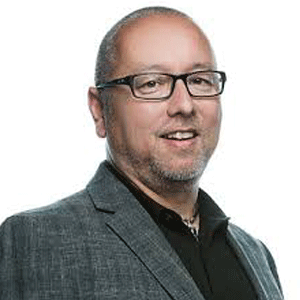 The promise of IoT is an interconnected world of billions of devices at the edge that talk to each other in ways that enable them to connect, process and transfer data. Using artificial intelligence to analyze and act on that data makes possible collaborative, productive and safer workspaces connecting people, content and conversations. AI creates intelligent buildings offering intelligent monitoring and control of HVAC, lighting and security, and predictive maintenance. It empowers Smart Cities that boost efficiency, save energy and, put simply, improve day-to-day life experiences.

Microsoft is strategically positioning Azure at the center of that future by lighting up products and features rooted in extensibility and security with advanced data analytics at the intelligent edge of the network.

Microsoft is continuing to invest in IoT – having recently announced the investment of $5 billion over the next four years – because the future is not about plugging a billion IoT devices into the cloud. The future is about the insight gained from that data using artificial intelligence and advanced data analytics. The future is in how customers use those insights to empower, solve, anticipate, create and monetize. As Microsoft says, “The technology should make it easy to discover insights in the data and deliver them in the right form to the right person at the right time.”

Now that IoT has moved past the early-adopter phase and is ready for broader deployment, Microsoft understands that simplicity is critical to rapidly spinning up scalable solutions that meet the needs of customers. Glacially slow development arcs of 6, 12 or 18 months aren’t good enough. Solutions requiring little or no developer coding mean faster-to-market products that give customers a competitive edge, accelerate ROI and boost profitability.

One example is the recent announcement of the IoT Plug and Play service – a new open modeling language to connect IoT devices to the cloud seamlessly. It also means securely provisioning thousands of IoT devices from a single dashboard in order to deploy, monitor and manage IoT assets at scale. It means a toolset that leverages a common architecture in a way that creates solutions that can be almost entirely replicated across multiple customers.

It means moving workload to the edge by handling the analysis on the IoT device and reducing data transfer. It means spatial intelligence capabilities that models the relationships and interactions between people, places and devices.

Now that IoT has moved past the early-adopter phase and is ready for broader deployment, Microsoft understands that simplicity is critical to rapidly spinning up scalable solutions that meet the needs of customers

Brian Solis, author and principal analyst at the research and advisory firm Altimeter, coined the term Digital Darwinism to describe the phenomenon of technology and society evolving faster than an organization can adapt.

The challenges faced by businesses, organizations and society as a whole are matched in complexity only by the technology being built to address those challenges. AI promises to solve those problems by fusing artificial intelligence with human intelligence in what’s being described as a fourth industrial revolution. Microsoft has figured out that the revolution will be built around connectivity and the ability of computers to learn to solve problems by assembling and analyzing disparate data.