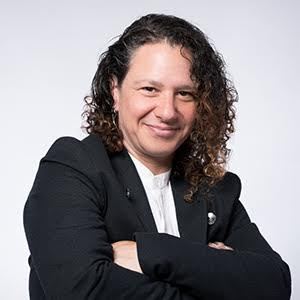 Microsoft’s decision to go open source in 2015 has been hotly debated since its announcement. The questions from tech business leaders around the globe center on Microsoft’s true motivation for doing so.

Was it purely for the money? Was it really about building community as Microsoft hinted? Or was it simply about evolution and survival?

The correct answer is likely a combination of the three, though I tend to believe that their motivation is based far more on survival than grandiose altruism or huge profit. Profit is always a motivator for most businesses, and Microsoft is certainly no exception. However, in the open-source technology world, doing things because it’s right is usually a greater motivator than how much money you’ll make - it is one of the underpinning philosophies behind creating a free, collaborative software development ecosystem. And thousands of developers contributing code for free can’t be entirely wrong!

Like Kodak, I believe Microsoft can make the pivot. But will they?

In a relatively short amount of time, open-source products have been slowly eating away at many of the products that make up Microsoft’s long-standing revenue machine, making them unjustifiably expensive and even obsolete in comparison. Microsoft had to change or eventually devolve into another has-been tech company, so it’s no surprise that they jumped on the relatively young and vibrant open-source bandwagon. However, at the top levels of the company, this move is all about the bottom line and not because they’ve suddenly realized the value of open source. Don’t be fooled by Microsoft’s open-source love. Microsoft only looks out for itself, as it always has. And it always will.

Fundamentally, it’s a good thing for the entire software industry that Microsoft decided to create new open-source offerings such as ASP.NET Core, ASP.NET MVC, Web API, and Razor. It wouldn’t surprise me if a majority of their front line development staff is cheering this new openness and is excited for the possibilities for collaboration that will inevitably open up. But the motivation is still 100 percent cash, as evidenced by their continuation of patent aggression against many open source communities. As Simon Phipps stated in his post “Microsoft loves open source? Only when it's convenient”:

“Microsoft wants us to overlook more than a decade of hostility and accept it as a full-status community member because it showed up with code, cash, and compliments. But with the other face, Microsoft wants members of the Android and Linux communities where it claims membership to pay up crates of cash for patent licenses or face destructive litigation.”

I, for one, believe that their motivations aren’t in alignment with their PR rhetoric. It’s my hope that many industry pundits keep holding them accountable by shining a light on the entirety of Microsoft’s contributions to the software landscape, both open source and proprietary. We should remember what legacy software giants stand for: survival, domination, self-interest, and profit – all of which stand in stark contrast to the open-source movement which stands for collaboration, contribution, and technological freedom.

Is Microsoft even a fit in this community? Is there a way that any legacy software company to adopt the values of the open-source movement?

The answer lies in the continued evolution of Microsoft’s approach. It’s hard for me (and any Microsoft executive) to see the ROI of open sourcing Windows or the Office suite of tools.

Microsoft is on the precipice of evolution. Will they go extinct like many of their legacy software compatriots? Or will they find a way to pivot with integrity and full commitment to the ideals of openness and freedom while still staying profitable?

I believe so, but it will introduce a radical change to not only their revenue model, but their leadership model as well.

Let’s look at Kodak as an example of a company whose transition has been successful. Are they the media giant they once were? No. But are they a profitable firm who has remained relevant after extreme technological movements made much of their legacy business model obsolete? They surely are.

Like Kodak, I believe Microsoft can make the pivot. But will they?

The Need For Data Integration And Apis In Today’s Benefits...

How To Implement A Successful Data Strategy: A Success Story

Model Implementation: On The Psychology Of Large-Scale Technical...