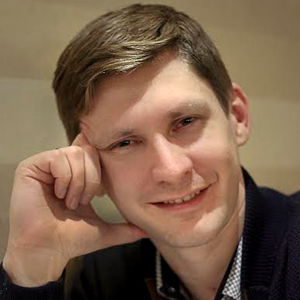 What’s the link between Brexit, cloud services and the Ministry of Defence of Great Britain? What does artificial intelligence have to do with all of them? As it turns out, it does quite a lot, and as it stands, all these notions are brought together by Microsoft Azure. Read on to find out how.

There exists a highly debatable issue in the world of cloud services–data security and its place of storage. Some governments try to impose constraints on where citizens can store their personal data and how the companies within the country should store data. This limits the usage of cloud computing in such spheres as medicine, social security, finance and others.

Until recently, companies have evaded these limitations in different ways. But when it came to public cloud services, there was just one solution–to use Microsoft, Amazon, Google data centres located in the countries of the European Union. Brexit, however, put this practice at risk.

Microsoft was the first to take action. Or, to put it more precisely, Microsoft had taken all the necessary measures before there was a need for them and became the first global company to create cloud data centers in the UK.

​The workflow in Azure ML Studio is simple and user-friendly. It consists of several stages and each has a set of handy tools

Today, storing data in different countries around the world is not obligatory for most companies, even the trendy ones. Everyone’s got used to such services as SQL Azure, Virtual Machines, and Storages etc.

Another appealing feature of Azure services is the ability to employ advanced technologies without the fuss of building an expensive infrastructure and doing any science-intensive work. Let me tell you about some unnoticed services that deserve attention of those, who want to be ahead of the game.

Azure Machine Learning is a cloud service designed to carry out predictive and analytical work. Simply put, it’s an instrument that allows you to observe and predict the behavior of users, mechanisms, stock markets and other things according to patterns. It also enables you to search for data errors, to find links between events and data and many other things that used to require substantial human resources.

The workflow in Azure ML Studio is simple and user-friendly. It consists of several stages and each has a set of handy tools. The developers paid great attention to supplying users with many accessible data sources and instruments of data processing.

The principal advantage of ML Studio over other platforms is the availability of numerous accessible algorithms of classification, regression, clusterization and debugging. On top of that, it has a script-running module written in Python and R, a favorite programming language among data scientists. The end result of AML development is a module that can be published as a scalable, fail-safe web-service. All of that makes it possible to carry out analyses of various degrees of complexity even for those, who are not proficient in Artificial Intelligence.

Good example of using Azure Machine Learning: ThyssenKrupp AG is one of the world’s leading elevator manufacturers. The MAX system that they launched together with Microsoft collects data (such as engine temperature, vibration level, cage speed, door operation) from many built-in sensors and then creates predictive models on Azure Machine Learning platform. This improves the chances of preventing an accident and shortening service time.

As a result, the elevators were up and running 50 percent more time than before.

IoT Hub is no less important and easy-to-use when it comes to providing a stable two-way data transfer between IoT devices and various Azure services. The integration is simplified for existing IoT solutions owing to the usage of the most popular protocols from HTTP to AMQP and MQTT. As we remember the intense DDoS attacks that took place using infected IoT devices in the latter half of 2016, we should mention the possibility of securing the network by setting unique login information for each connected device.

In the modern world, immense attention is paid to response speed in various spheres of life. Road accidents, illegal people and goods movement, prompt response to weather challenges, continuous control over patients’ state of health in hospitals. Most often the data is needed here and now and this data has to be complete and ready for analysis. What’s more, the number of data sources and their diversity is growing every day.

One of the most prominent examples of the importance of rapid response is the control over stock market state. This is where Azure Stream Analytics, which is a managed real-time stream processing service, becomes irreplaceable. Its main task is fast, inexpensive and loss-free processing of incoming data.

A Swedish medical company Aerocrine was working on NIOX MINO and NIOX VERO devices that are used by thousands of doctors and nurses around the globe to identify asthma and control patients’ state, when they ran into a problem. The changing environment impacted the devices’ operation and caused them to break down. Besides, it was impossible to take prompt measures and it took several days to replace the broken device.

There was also another problem: the manufacturing company wanted to collect statistics on the usage of the device but couldn’t do it remotely. Being a Microsoft client for a long time, Aerocrine decided to try out Azure Stream Analytics and was deeply impressed by its capabilities. The result of their cooperation with Microsoft was much shorter failure response time and improved logistics.

Another gem from Microsoft is Azure Cognitive Services. Owing to them, such sci-fi features as controlling a car using voice commands, or searching the whole world for a person by uploading a photo to a smart program don’t seem as unreal as 10 years ago.

Cognitive Service’s API enables you to introduce such features as voice recognition, image processing with objects and emotions recognition. It is also able to define a user’s preferences and recommend goods from a web-shop.

I know a story about Uber’s experience. Uber is a platform that connects taxi drivers and passengers. More than 1.5 million drivers around the world work for Uber and each driver has a personal profile with a rating system that serves as an indicator of the driver’s quality of service.

As time went by, more and more fake drivers appeared and the company had to take measures. Uber decided to verify each driver’s identity by their photos. Having analyzed several providers, they chose Microsoft Cognitive Service, because Azure was the only service to perform quality image recognition and manage big loads of traffic.

Thus, the problem was solved, the dishonest drivers were punished and the quality of service improved dramatically.

We believe that each of these technologies can be implemented in our present projects as well as in many other spheres of life. This is why a regular analysis of what cloud computing services have to offer and finding ways of implementing progressive technologies is an integral part of any successful companies’ business processes.

Looking Beyond the Digital Front Door

Leading to compete in the digital world