Microsoft's Ascent into the Cloud

Microsoft's Ascent into the Cloud 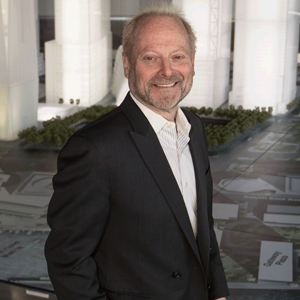 More posts by this contributor:

Over the past five years we have witnessed a paradigm shift in the world of technology, where personal computing drives innovation while redefining the workplace. The Cloud, Mobility, Internet of Things, Everything-as-a-Service along with Cyber Security implications are transforming today’s technological landscape at a frenetic pace. Brian Solis best described this shift as Digital Darwinism, “The phenomenon that occurs when technology and society evolve faster than an organization can adapt.”

In an age where disruptive technology has become the norm, Microsoft, heretofore, has been considered a dinosaur living on its stodgy Windows operating system and bloated Office productivity suite. A funny thing happened on the road to extinction after being written off by Wall Street and many prognosticators, Microsoft not only survived, they became a relevant innovator once more. Under the guidance of Satya Nadella’s, “mobile first, cloud first” strategy, Microsoft has metamorphosed into the premier unified IaaS, PaaS and SaaS provider, redefining cloud technology ecosystem boundaries.

Microsoft Azure’s Road to a IaaS and PaaS Leader:

Microsoft Azure started out in 2010 as a collection of public cloud services that allow you to do most things you can do in your own datacenter, but without the hassle and distraction from mundane maintenance tasks that bog down network teams. In a space dominated by Amazon Web Services (AWS), Microsoft, on the strength of their Azure platform, was again named a leader in Gartner’s Cloud Infrastructure as a Service (IaaS) Magic Quadrant. They were also named a leader in Gartner’s Platform as a Service (PaaS) and Enterprise Application Platform as a Service (aPaaS) Magic Quadrants.

While a vast majority of organizations still grapples with questions of how to best integrate cloud based systems into their environment, the potential for agility and innovation is clear. The Azure Stack, currently in “Technical Preview” and scheduled for a mid-2017 release, is destined to become the preeminent Enterprise Hybrid Cloud platform. What differentiates Azure Stack is its unparalleled ability to deliver both IaaS and PaaS in a hybrid architecture. Essentially, network teams will be able to benefit from the full range of public Azure services, but maintain them on their own hardware in private or hybrid mode addressing corporate compliance and governance concerns. 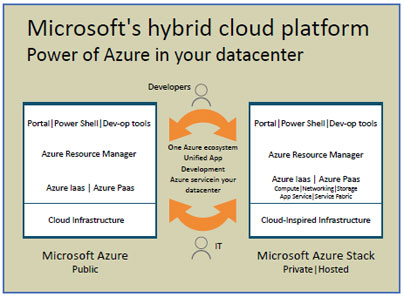 Unifying these disparate datacenter designs to create a homogenous hybrid cloud platform, will be Windows Server 2016 and System Center 2016. In tandem, they will bring cloud-born technologies to traditional networks along with an integrated view across any cloud, any operating system, from infrastructure to applications. Phrases like Containers, Namespace Isolation, Nano Servers and Storage Replicas will become common place reinventing our cyber cloud architecture.

During his keynote address at the 2015 NASDAQ CIO Cyber Security Forum held in New York, Eric Schmidt, the Executive Chairman of Google, stated that the only way to defend against cyber-attacks is encrypting data both at rest and in transit. He added that two-factor authentication is an essential component when it comes to protecting data from its weakest link, people. 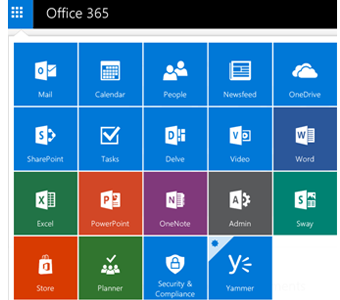 Microsoft as a Diversified SaaS Leader:

Microsoft, who was late to the game, has surpassed Salesforce to become the overall enterprise Software-as-a-Service (SaaS) market leader based on the Q2 2016 report by Synergy Research Group. Unlike many of the other “one-trick pony” leaders, Microsoft’s SaaS offerings range from collaboration with Office 365, SharePoint and Yammer to CRM with Dynamics. Add to the mix, Power BI which aside from being named a leader in the Business Intelligence and Analytics Platforms Magic Quadrant, placed furthest in vision.

Office 365 started out as Microsoft's attempt to reinvent their lumbering productivity suite providing online service for businesses, to run email, communications and file sharing in the cloud. As their products continue to mature and grow, our ability to collaborate anytime, anywhere, across disparate platforms while being device agnostic has become liberating.

Leveraging Office 365 and OneDrive, we have unprecedented access to meet our always-connected, respond in the moment, culture of modern business. The authoring of this article epitomizes the agility and collaborative power of Microsoft’s solution starting with Word 2013 on my corporate Dell OptiPlex, shifting to the web version of Office 365 on my Microsoft Surface Pro 4 during lunch at a local restaurant, then edits with Word Mobile on my iPhone riding the 6 train, and ultimately penning “-30-” using Word 2016 on my Microsoft Surface Book in Central Park on a Sunday afternoon. From start to finish a completely fluid, seamless and efficient process, oblivious to technological or geographical limitations before mobility and the cloud.

With sensitive documents and files scattered across multiple devices and datacenters, threat of a cyber-breach should be of paramount concern to every CIO. Addressing these concerns, Microsoft’s recently released Service Assurance Dashboard which provides a real time pertinent risk assessment of Office 365 services. In this transparent model, Microsoft provides insight into “what” controls have been deployed, along with “how” Microsoft implements and tests these controls. Their Compliance Reports and Trust Documents deliver independent audit statements (i.e. SSAE 16 / SOC 1, SOC 2), insight into encryption, incident management, tenant isolation, and data resiliency relevant to your geography and industry.

As employees embrace the “whenever I can get it done” philosophy, Microsoft’s collective IaaS, PaaS and SaaS offerings empower ubiquitous instantaneous access, resulting in faster response times. Information Technology departments that strive to enhance collaboration and process efficiencies predicated on unfettered access, now have a robust synergistic platform to accomplish these lofty goals. Paraphrasing Aesop’s “The Tortoise and the Hare”, although Microsoft might not have been the fastest entrant in the cloud race, with Azure Stack and Office 365 they have resoundingly finished first, lessening the impact of Digital Darwinism on today’s CIO.

Hybrid Work Has Forever Changed The Need For It In Ramboll

How T-Mobile brought an Un-carrier approach to tech hiring

Great Expectations: Balancing the diverse needs of a city in a...

"Discovery and Delivery" - An Approach to IT Workload Balance